I promised to expound upon the “Why’s” and “How’s” of making a 50,000 mile, 50 state road trip happen. Simply, it all started with a tweet. Almost exactly a year ago I hopped onto twitter during a lull at work, this was a rare occurrence as I am an avid team Facebook member. As I was wading through hashtags I caught an intriguing tweet from one of my favorite authors & speakers, Jon Acuff. 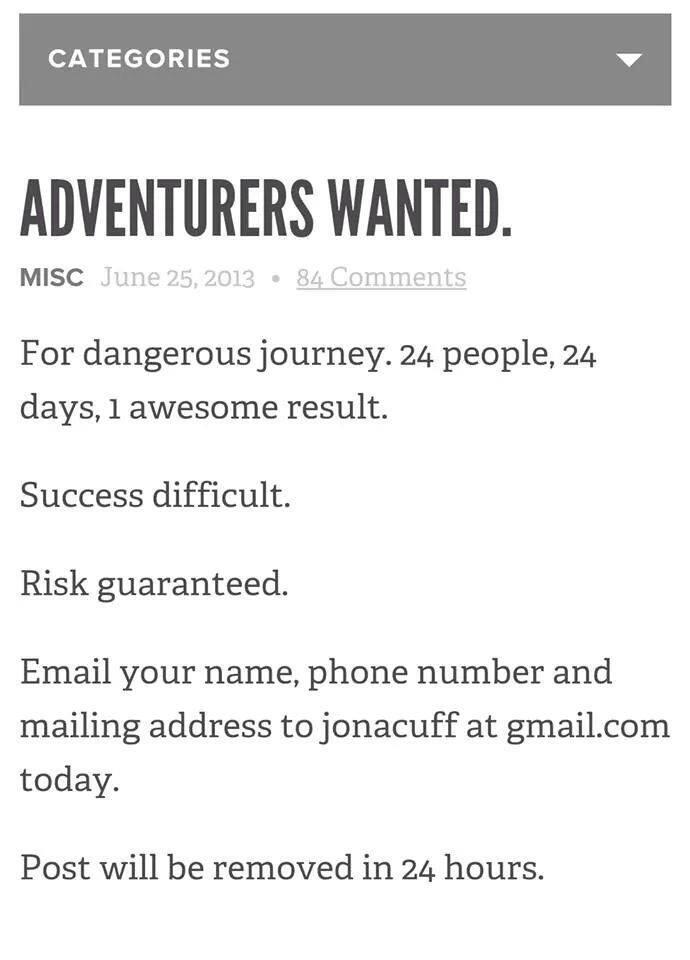 It put a sly smile on my face and I quickly- shot an email off to him. Visions of grandeur started painting themselves into the landscape of my brain. Jon Acuff wrote one the funniest books I’ve read, “Stuff Christians Like.” and little ol’ me just emailed him. I bet he had access to an all expense paid trip to Africa digging wells, or rescuing orphans in the Orient, or maybe I could become his personal assistant and run his next book tour. I had been searching for the next step in my life and this could be it. I prayed that I was one of the first 24 or else my spot may be usurped. I started drafting my 2 week’s notice immediately.

The next morning I got this email back- from “the man” himself:

I quickly joined the Facebook group, and realized it was indeed much larger than 24 people, and it wasn’t an all-expense paid trip anywhere; which was a bit upsetting seeing as I was terribly in debt. Jon and his staff quickly placed us into small groups and we began receiving daily emails for what became known as the Start Experiment, it’s main focus was to “just start.” As a group we wondered what could be done if someone simply began doing “that thing” that they had always wanted to. I even got to meet Jon at the first Experiment meet up in Dallas. 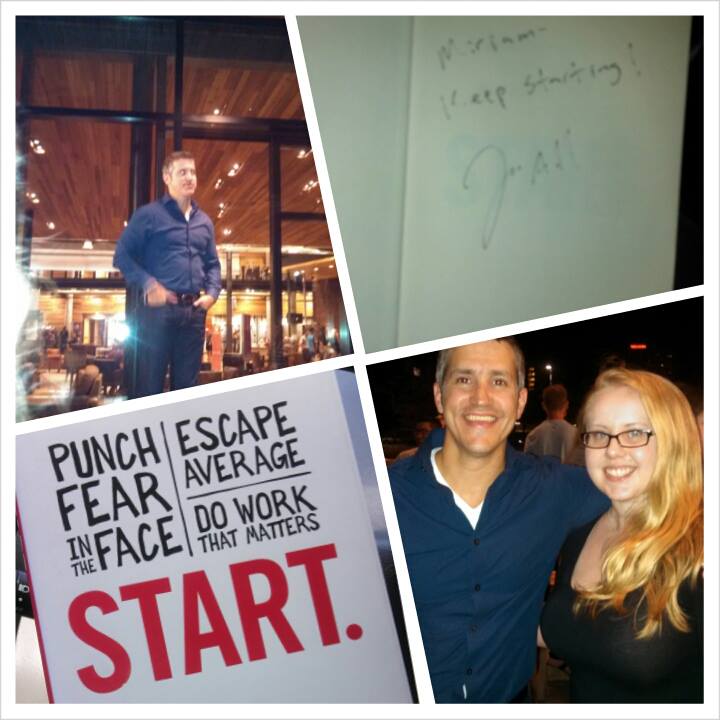 This was not what I expected, far from it, the cost and the sacrifice were up to me. I went head first into the experiment, I set my “start goal” as securing a job in my chosen field, ministry. After a few days in the challenge and as the emails came daily I began to realize there was no way this would happen in 30 days. I put my realistic cap on, took a hard look in the mirror… and my bank account and had to make a very difficult admission, the ball and chain of debt was a death knell to anything I could imagine starting. Instead the farthest thing I could imagine was working the next 100 hours until my next paycheck to barely make it.

Something had to change and it could only be me. I quickly recalibrated and changed my goal to paying off the  $24K+ I had in debt. It is a well known fact that the two ways to eliminate debt is to first make more income- and second stop spending it. As I was already working 50 hours a week overnight at the hotel, I had a wide open daytime schedule and applied to work as a floral apprentice for a shop I had worked with in the past and was instantly hired back. Make more money- check.

The second step was much, much harder. I literally stopped spending money. I slashed internet, television, Netflix and killed any “entertainment budget”- which soon became pointless working 16 hours a day any way. Next came food & beverage, no more Starbucks-ever, I ate to the end of my pantry then purchased only rice and oatmeal for a very long time; which eliminated my need for a refrigerator, I unplugged that to save energy, along with my microwave and other appliances. I then unplugged everything from the AC & heater, to lights and clocks, and even charged my phone and laptop only at work. I stopped driving except the 6 mile loop to work- I even banned Target & Walmart.

It started working! Days were hard, but I had my Experimenters with me every step of the way. Never allowing me to quit or falter (or buy a cheeseburger! ) As the chains from the debt began to fall off I felt breath coming into my lungs and light in my eyes- I was on a mission. Somewhere right before Thanksgiving I caught a glimpse of the finish line, and people started asking what’s next. And it dawned on me, anything. At the pace I was going I had the world at my fingertips. I could visit every continent; I could take a year off and travel to different countries and actually looked at a few missions organizations. Then as I looked at a map of America considering different places and people and good causes that I have been blessed to be a witness—every one more exciting then the next… a wonderful idea occurred, I could go anywhere- OR I could go everywhere, and that’s just what I decided to do. There was literally nothing standing in my way, as of March 20th, I was completely debt free, 24,000 in 10 months. I could go anywhere my beautiful, newly paid off Toyota would take me.

I picked a date to go, my 29th birthday, and figured I could hit 30 states prior to turning 30. Then, a remarkable thing happened. I shared my plan with my original Experimenters and they took to it like wildfire. Before I could blink, the empty spots on my map of America sprouted destinations and I had 73 stops and the 48 continental states on the drawing board.

There was just 2 things missing- Alaska & Hawaii. My budget covered everywhere my car (Javier) could take me- but not much farther. At this point my budget & income were already barreling along at full throttle without much room for more. Time to get creative, what could I sell? Turns out there was a fairly large market for….my hair. Last month I sold 20 inches of my hair for $700 and in the same breath bought a ticket that took me from the mainland to Alaska then on to Hawaii in one swoop for that exact amount. 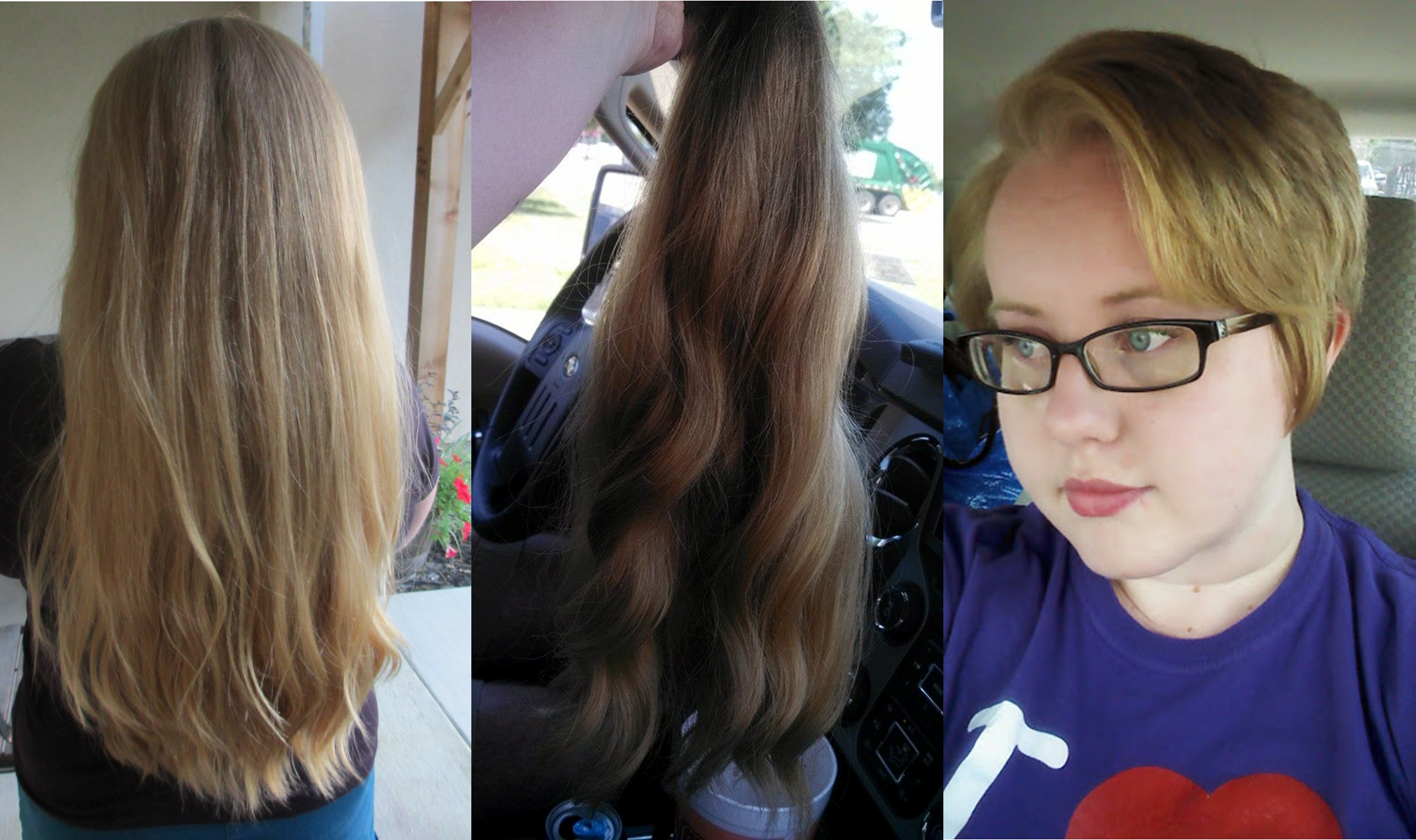 So here I sit, one year later and 40 days from departure in awe of what can be accomplished in such a small amount of time. I’m reminded of the quote: ‘A year from now you may wish you had started today.”- Karen Lamb. I couldn’t have said it better myself.

Why don’t you start today?