After my interesting episode at Lake Travis, I my up with former roommate Kristy. We went out and had dinner in a local place; it was wonderful to catch up on each others lives, and pick up as if we still lived in the next room over. I was able to join her for early morning prayer at her place of worship the next morning.

Once Kristy was on her way to work I head East to find the “Painted Churches.” These Catholic churches although simple and unassuming on the outside house beautiful hand painted and ornate interiors. Nestled in rural immigrant communities seemingly in the middle of nowhere gives them that extra hidden gem effect. The beautiful clear day added to the charm of the small town of Schulenburg, who’s Chamber of Commerce (across from the Texas Polka Music Museum) serves as the starting point for the self-guided tour. 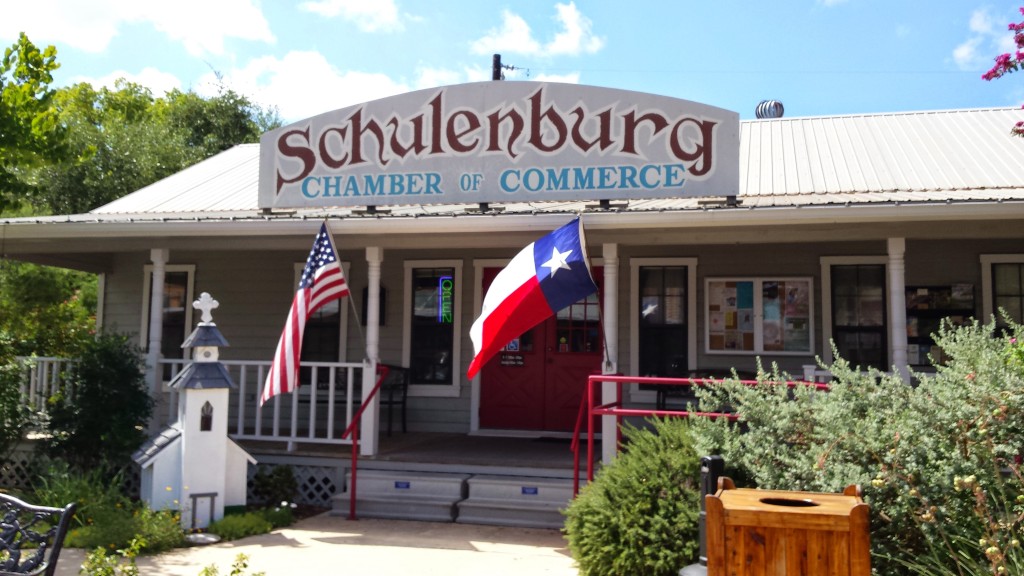 I plopped down the $4 for the map and was on my way. As GPS is scarce in those parts I was off the grid and guided by my paper map and trusty compass. 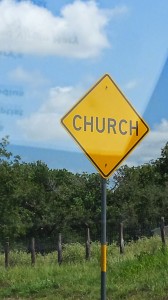 First up was Saints Cyril & Methodius Catholic Church in Dubina which was just as pretty as its pictures, with flowers all around and butterflies fluttering in the breeze. 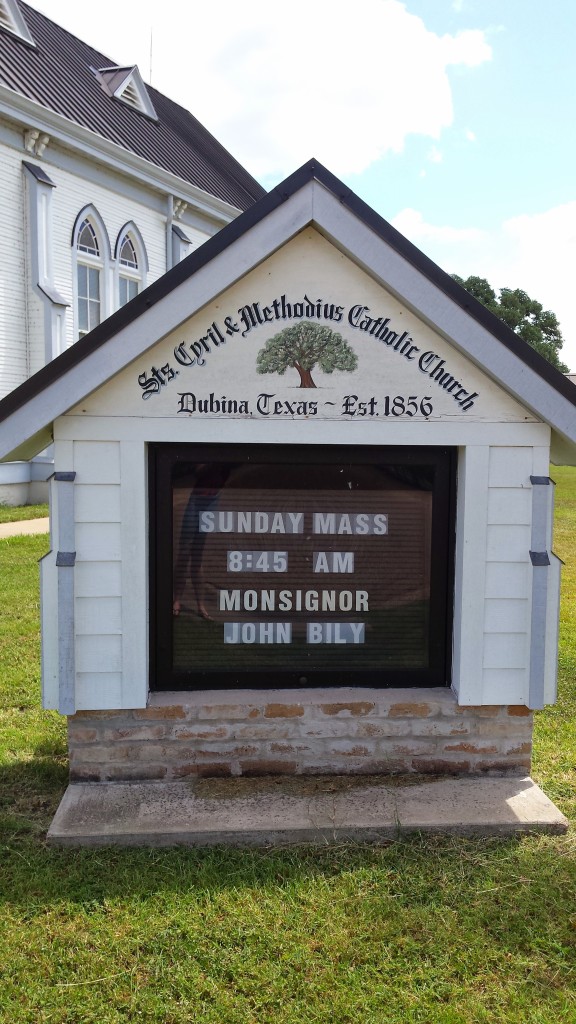 Lovely yet unassuming on the outside: 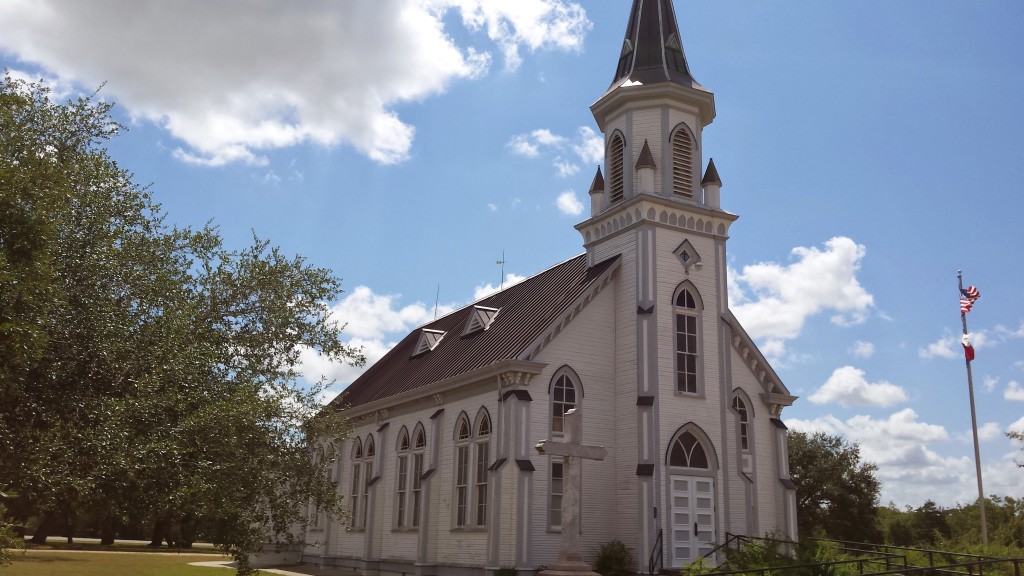 But on the inside: 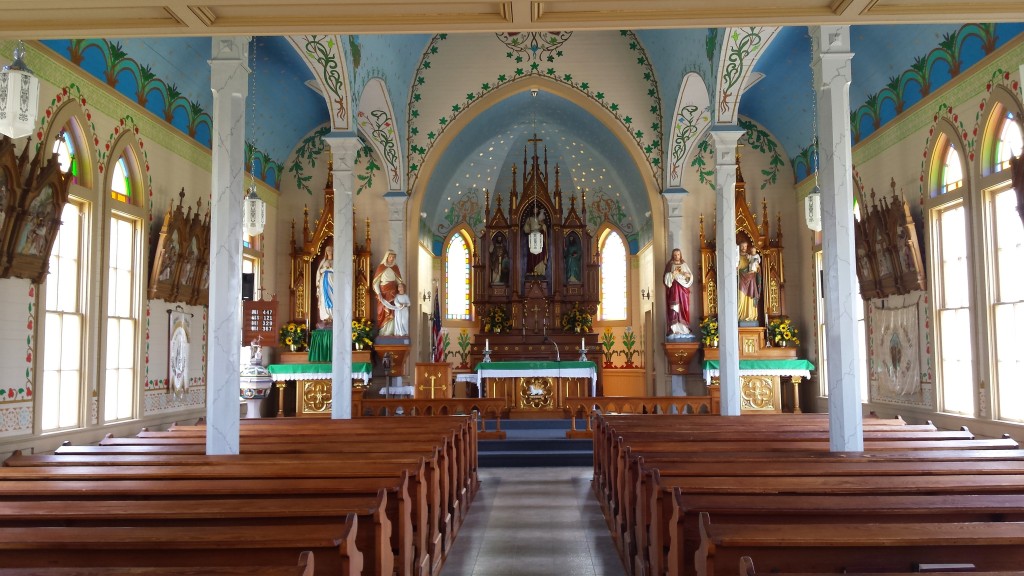 About 5 miles up the road and hidden just out of view from the main road was St. John the Baptist Catholic church in Ammannsville. I can’t be sure but I would bet good money that man on the riding lawnmower was the priest! It was another case of a beautiful and simplistic exterior trumped by the glorious interior 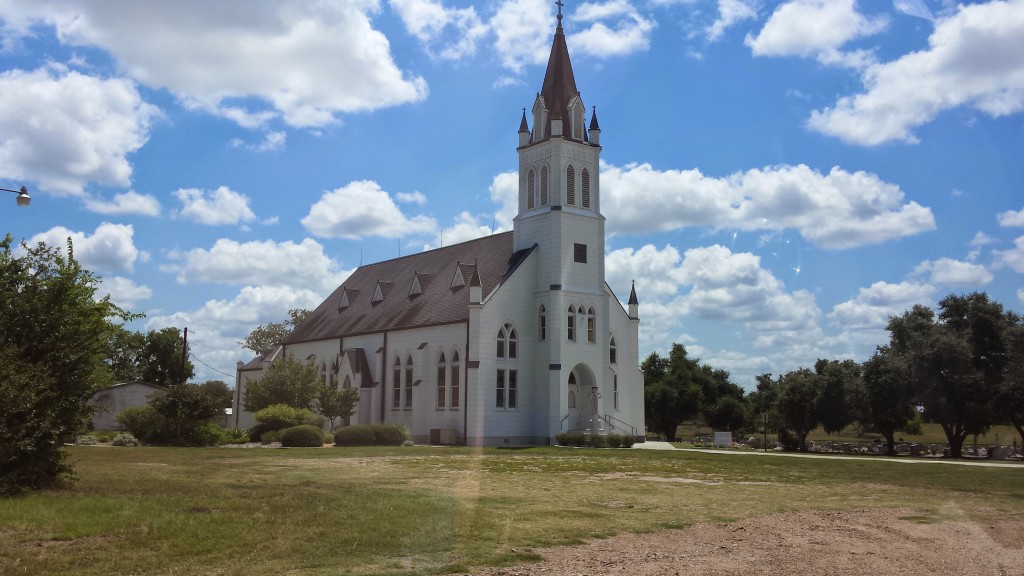 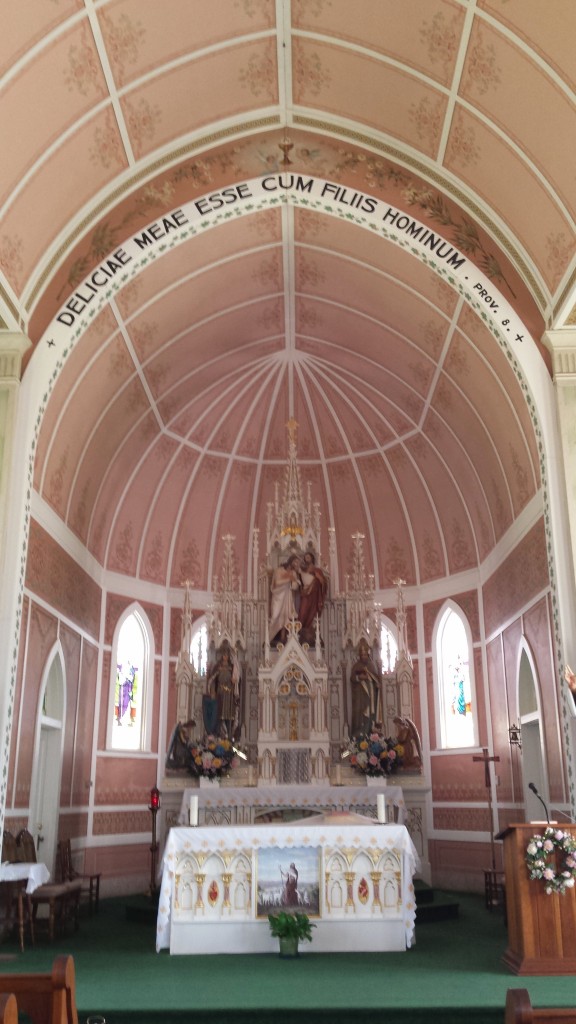 Just as I was pulling out of the dirt road a bit of a clunky noise started coming from my front left tire. Almost like something was loose; so I got out and searched for what could be caught underneath, with nothing in sight I got back in started rolling again…and the noise got worse; out again, nothing to see. Thankfully as I got driving over 15 mph the noise was gone.

I was on the road again to the next church St. Mary’s of which was a brick church, the church kept the inside dim so that you could see the beauty of the colorful windows with the sun streaming through. 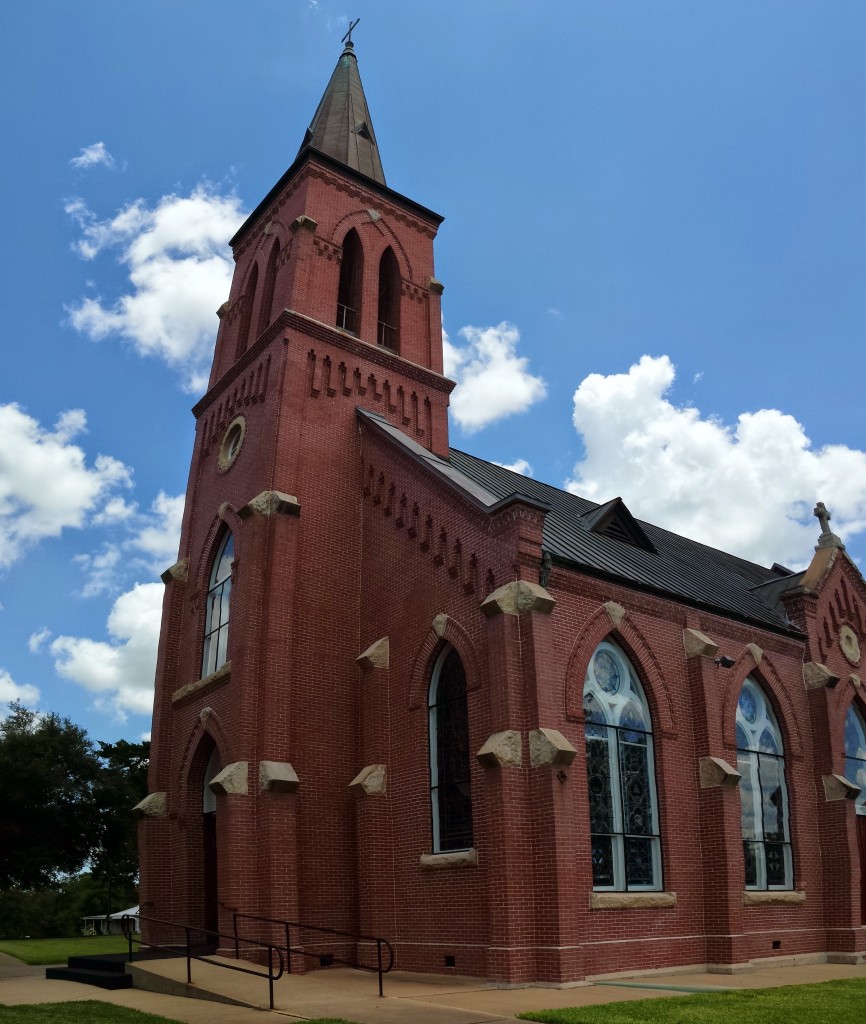 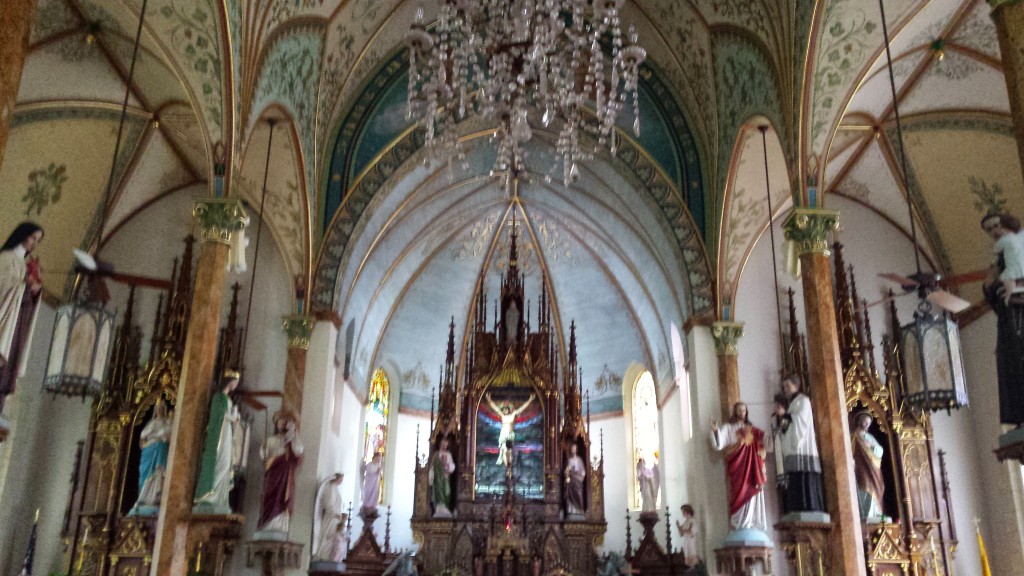 I was on my way again and in search of the elusive 4th church, after a bit of circling due to the paper map- I started down a dirt road toward the church only to be revisited by the terrible clunking noise!! I made the decision to back out and save Javier the stress to his undercarriage. Thwarted!

You can see more of the painted churches HERE.

2 thoughts on “The Painted Churches of Texas”