This story goes back to the summer time, September to be exact. I had sold my hair to afford a ticket to see my little sister, who lives on Oahu in Hawaii, typically considered paradise, until you live there, then the truth is revealed. While I was there Honolulu was in a bit of an uproar about new city ordinances aimed at homeless in the city, limiting sitting and laying down, and the all important island wide ban on public defection. Pair that with a lack of public restrooms and you have a serious problem. Walking along the Waikiki strip is a desert of facilities. 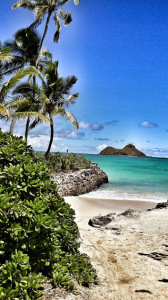 After a fun weekend of exploring with my friend, sister, and her husband, they had to get back to work, so I was cooped up in my sisters apartment.

A couple of days later I decided to ask my sisters husband Jonathan if I could take him to work so that I could borrow their car for the day. Jon agreed but with the stipulation, that I had to be at his workplace across the island directly at 3 as he had a very important meeting set up to check out a new apartment option for them, and with how housing on the island is it would probably be swooped up if he was even a minute late. It wouldn’t be a problem I promised.

With transportation at my disposal I got my friend Saul to go snorkeling at Hanauma Bay, where my Hawaii ID came in handy for the Kamaaina discount. After snorkeling we still had plenty of time so we stopped by Subway to grab a quick lunch. Saul was kind enough to insist I get a meal deal, which I typically nix due to my budget conscious ways nix the soda.

This is when I made a fatal error. Whenever I am roadtripping I purposely slowly sip water so as not to have multiple stops. But I was gulping down the tasty Sprite as if there was no tomorrow.

We noticed it was about 1:15 and it was still necessary to stop and get some souvenirs as Saul was leaving the island the next day. I topped off my Sprite and we were on our way. Once we get to Waikiki I notice time is ticking away so I convince Saul that our best plan of action would be for me to drop him off instead of trying to find and/or pay for parking. With a dying phone and a broken cigarette lighter to plug my charger into I was out of luck. I told the Saul that I would circle the block, as many times as needed and pick him up on the exact spot AT THE LATEST at 2pm; in time to cross the island to make Jon’s appointment.

I was feeling very smug with my plan, oh yeah, getting stuff done, taking names. It takes a bit to circle the block, a lot of traffic, buses, crazy tourists crossing; add to that that my sisters car is a huge white car that resembles a 90’s cop car, everyone seems to slow down when you pull up behind them. It takes about 11 minutes to circle the block, when I approach our agreed upon corner at 1:41pm, he is not there.

No worries, we have time.

Actually, one worry. The pressure of the gallon of Sprite I had consumed began to build. Ok, stay calm, I still have time, hopefully it will be one more circle around the block. Still need to weigh the options, at this point trying to park would be $10 at minimum, IF I could even find a spot, and even then finding a restroom would be *ahem* a crap shoot. Probably not going to happen on the strip.

It’s 1:52pm and I roll up again on the corner- NO SAUL, I almost cuss, “what in the bloody blue blazes!?!” The Sprite is strong with this one. The urgency turns to anger, add another 11 minute round and we are going to be cutting it close! By this time I looking wildly around for a miracle toilet, to no avail. I turn to google for help and my phone completely dies. Amidst the flurry of toilet searching I MISSED the turn.

At this point I am stuck in a ridiculously long detour trying to get back to the magic meet up corner. Then a wild thought goes through my head.

MAYBE IF I CRY IT WILL TAKE SOME OF THE FLUID FROM MY BLADDER!

Tears pouring down my face was no relief. I was in a bathroom needing craze. I finally get turned back around and approach the corner at 2:08pm. NO SAUL!

It crosses my mind to just leave the fool there, find a restroom, and rush to Jon’s work to get him to his appointment. Yet, without the ability to text Saul with the change of plans, I soldier on.

This was also about the time I begin to worry for the fate of the cushion of the front seat, calculating what a cleaning bill may come up to. I realize that the volume of the impending waterfall was going to reach the back seat. No go.

I started to side eye the subway cup that had caused all this pain, by this time it was empty.

But only if needed.

Could I really pee in a cup while driving? There was no way! Last time I checked, I was a girl, without anatomical assistance for peeing in a cup. Plus if I ran into someone on the strip while peeing, you could just tack the huge fine for public urination to the hit and run.

I would give him ONE more circle around the block. It’s approaching 2:20 when I got to our corner, no Saul, I was raging mad. Jon was going to miss his appointment, and I was going to lose my bladder.

It was then I made a courageous decision….but first, where could I park. LIGHT BULB!! I am driving what looks like a cop car, that would buy me at least a minute, and how fast this was coming I would only need a few moments. In the corner of my eye I spotted a fire hydrant, and a tiny spot- but can’t get over in time. While circling the block to get back to it I pass the meeting corner again- No Saul, I think the terrible thought, “he better be dead, because I am going to kill him.”

Finally I wedge the boat of a car in front of the fire hydrant, roll up the untinted window, among the throngs of Waikiki crowds, grab the Subway cup. I realized I am wearing a one piece swimsuit and one false move could lead to terrible results. I grab a towel to put on the seat beneath me, take one final furitive glance, threw the bathing suit to the side, perform a maneuver to rival the Olympics gymnastics team, and let lose. Like Niagra falls after a summer rain. All seemed right with the world for a few precious moments, but alas, the cup was quickly filling, and there could be no stopping once it had begun. I summoned everything within me, and in an incredible act of mind of matter, I stopped, right at the fluid reached the brim. It was all I needed, sweet relief pored through my body. But here in my hand was a full cup and nowhere to put it.

I glanced at the lid wondering if it would fit back on, remembering the $1000 fee for public urination. I wondered is I could throw it on the street and claim a technicality. My furitive glances caught sight of a policeman pulling down the little side street that I had discovered. No time left. I cracked the door, silently apologized to any approaching jaywalkers, and dumped the liquid, slammed the door and drove away.

By this point I am flipping out, but am so relieved that I half don’t care if I get arrested, come at me cops! I floor it to the magic corner, and there, happy as a clam, is Saul, perfectly alive and well, with a handful of bags and zero excuses. He gets in and I give him a righteous piece of my mind. With Saul’s phone I text my brother- in –law, he missed the appointment, and the apartment was given to someone else. I am utterly devastated.

We are finally enroute to pick Jon up, and I thought my luck was turning around until the gas light went on. We are going to be even later! I find a Seven11, it takes 10 minutes and $60 to fill the tank, and in my hurry to be rid of the pee cup I accidently through away my debit card. BAD DAY.

Now, when people ask me why I am not a big fan of Hawaii, I just smile and say. “Traffic.”

Hey guys! All joking aside, Human trafficking is a horrible issue facing our world today. January is Human Trafficking Awareness Month, and each dollar donated to my campaign for The International Justice Mission during the month of January counts as an entrance into a drawing for a $50 gift card to Amazon!  Win- Win!  Click below to donate! 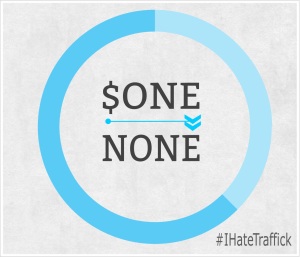